↓
Home→Uncategorised→All Saints and All Souls – 1st & 2nd of November

It seems unusual that our Church liturgical calendar schedules two major celebrations on days that are back to back. 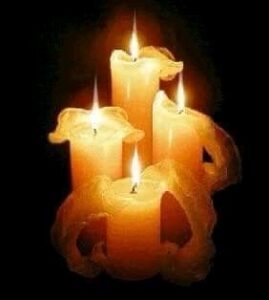 But that is precisely the situation with the solemnity of All Saints, a liturgical feast, and the Commemoration of the Faithful Departed (All Souls), a liturgical observance. All Saints is a churchwide holy day of obligation and normally celebrated on Nov. 1. If the first day of November falls on a Saturday or Monday, at least in the United States, the obligation to attend Mass is abrogated. All Souls’ Day takes place on Nov. 2, unless it falls on a Sunday, then the celebration is held Nov. 3.

During these early November celebrations, those of us still living (the Church militant) unite our hearts with, and in a special way remember, the faithful departed, whether they be in heaven (Church triumphant) or in purgatory (Church suffering).

All Saints’ Day, which began most likely as All Martyrs’ Day, can be traced to the earliest Christians. By the third century, the followers of Christ were annually honoring their brothers and sisters who had given their lives (been martyred) while witnessing for and defending Jesus Christ. Typically, on the anniversary of a martyr’s death, those living would gather to remember and offer prayers at the tomb or place where the deceased had died. Tombs were sometimes decorated and altars built over the tomb. “From the third century the anniversary of a martyr’s death, called his ‘birthday,’ was commemorated at his grave by a celebration” (Henry Chadwick, “The Early Church,” p. 271; Penguin Books, 1993). The belief among the first Christians, which continues today, is that believers who died defending Christ were borne by angels to heaven and are face to face with the living God, in the presence of the beatific vision.

In those first centuries, especially during the savage reign of the Roman Emperor Diocletian (r. 284-305), there were more and more Christians who accepted death at the hands of the Romans rather than deny Christ, rather than worship false gods or the personage of the emperor. Additionally, others who had publicly confessed their Christian faith (confessors) and somehow survived the Romans were also honored. Thus the number of martyrs and confessors became greater than the opportunities to give each one an anniversary celebration, and the need for a common feast day was recognized. By the fifth century there is evidence of locations, such as in Antioch, where the fledgling Church had set aside the first Sunday following Pentecost to collectively honor these holy and courageous people.

In 609, during the reign of Pope Boniface IV (608-615), the Eastern Emperor Phocas (r. 602-610) gifted a temple in Rome to the Holy See. The temple, still standing today and still known as the Pantheon, was originally built in the first century. Destroyed by fire and rebuilt between 118 and 128, it was a public place to worship and honor all the Roman gods and goddesses — a spectacular monument to pagan Rome. Pope Boniface accepted this temple, removed all the pagan embellishments, all the statues of false gods and, according to legend, relocated and buried the remains of hundreds of Christian martyrs beneath the Pantheon. The pope then consecrated the Pantheon as a Christian church to the Blessed Mother and all the Holy Martyrs (Sanctae Mariae and Martyrs). The consecration took place on May 13, and that was the annual date of the feast of All Martyrs for the next 125 years.

On Nov. 1, 735, Pope Gregory III (731-741) dedicated an oratory in St. Peter’s Basilica to house the relics of the apostles, martyrs, saints and confessors. Thereafter, Nov. 1 became, at least for the churches in Rome, the feast of All Saints, and the May 13 date was suppressed. Other countries and cities began to celebrate the feast on the same day as the Rome churches, and soon a vigil of All Saints was added. Eventually, Pope Gregory IV (827-844) assigned Nov. 1 as the date of the feast of All Saints throughout the Latin Church and proclaimed it a holy day of obligation. In the 15th century, octave days were added by Pope Sixtus IV (1471-1484) and the octaves of All Saints were part of the Church calendar until suppressed in 1954. In sum, there is ample historical evidence that Christians have annually, on some date or another, been acknowledging the collective lives of all martyrs and saints for over 1,200 years.

Today, All Saints’ Day is a solemnity and holy day of obligation on which the universal Church honors the martyrs, the saints and the confessors, including all known and unknown, all who have gained the reward of heaven.

Offering prayers for those who have died is ancient in origin. In the Old Testament’s Second Book of Maccabees, written around 100 B.C., Judas Maccabeus orders his army to pray and offer sacrifices on behalf of their fallen comrades. Tombs found in the Roman catacombs are inscribed with prayer requests for the deceased. The second-century writer Tertullian wrote in an essay, “Monogamy,” about a woman praying for her deceased spouse: “Indeed she prays for his soul and asks that he may, while waiting, find rest; and that he may share in the first resurrection. And each year, on the anniversary of his death, she offers the sacrifice.”

The Commemoration of the Faithful Departed, or All Souls’ Day, evolved onto the Church calendar long after All Saints’ Day. Sometime between 998 and 1030, St. Odilo, the abbot at the Benedictine Monastery in Cluny, France, encouraged all the monks to pray for the souls of those who had died, those waiting the joys of heaven. He instituted this commemoration on the day after All Saints’ Day, and soon other religious orders and churches began, on that same date, to annually remember all who had died. Remembering and praying for the faithful departed is tied directly to our belief in purgatory.

On All Souls’ Day the universal Church prays for all those in purgatory, people who were much like us, whose offense may have been less than ours. By pleading for them, we are inspired to lead purer lives. On that day, and during the entire month of November, we remember our departed brethren as we go to the cemetery where they are buried, attain indulgences for them, give alms, do some good work, ask for Masses to be said in remembrance, all on behalf of those close to us and to others we may have neglected during the year.

We also light candles, and in some parishes the faithful display pictures of their deceased loved ones in the church. Church bells are sometimes rung to remind everyone to pray for the poor souls in purgatory. Priests are authorized to say three Masses on this holy, somber day.

“Eternal rest grant unto them , O Lord, and let perpetual light shine upon them.

May the souls of all the faithful departed, through the mercy of God, rest in peace.” 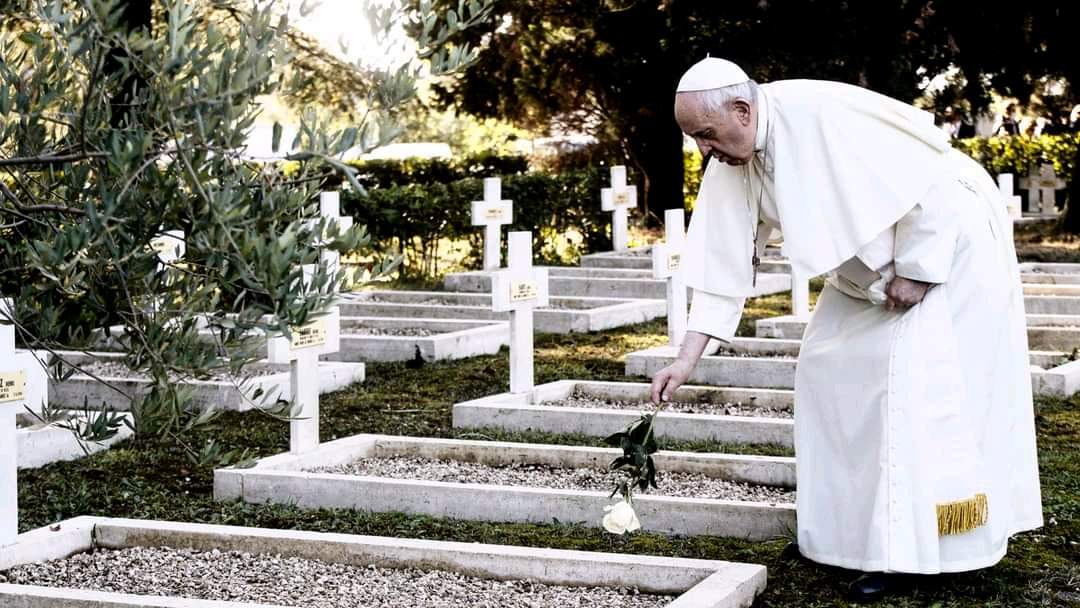