↓
Home→News→Establishment of the Latin Patriarchal Vicariate in Cyprus 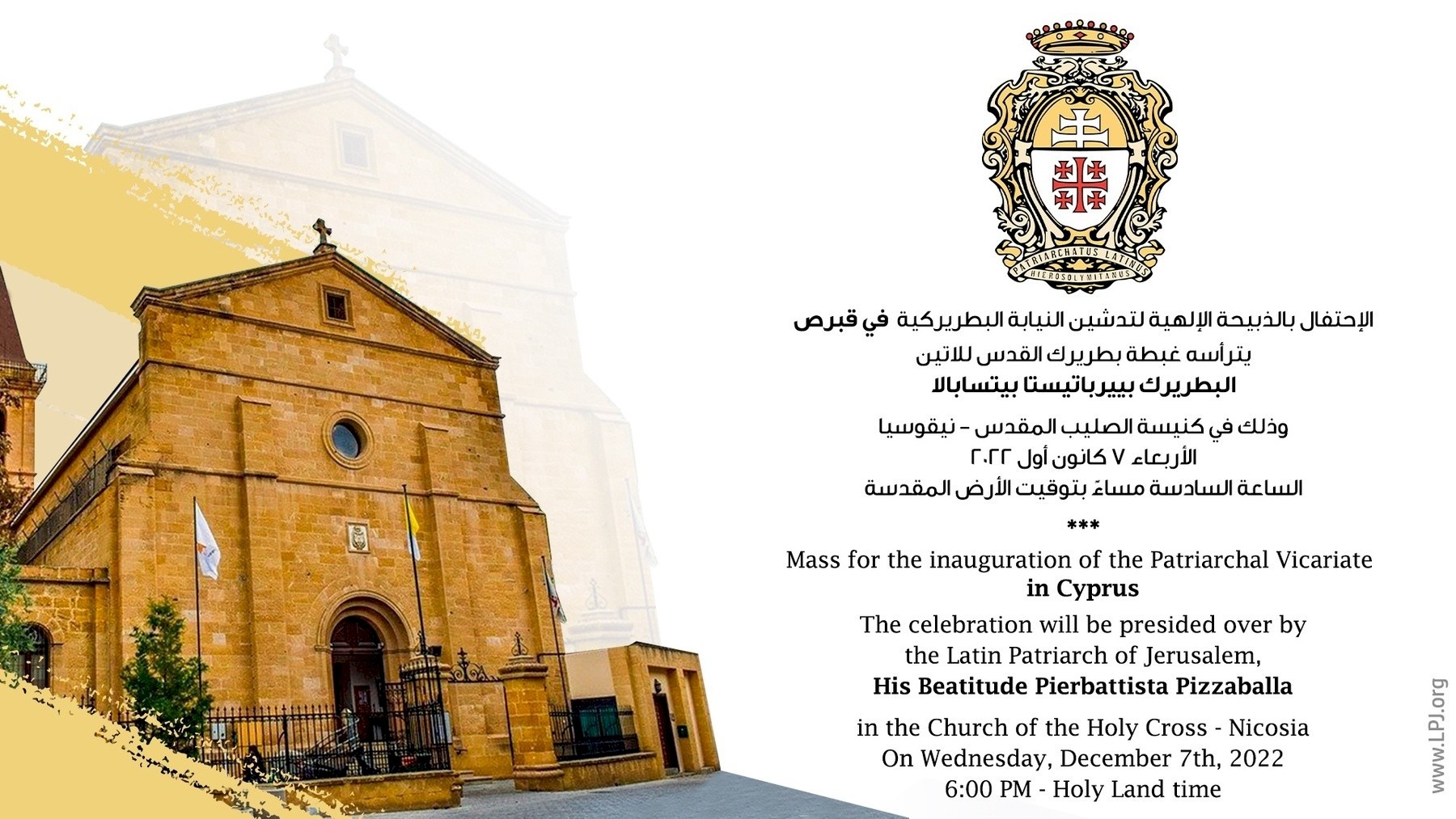 Appointed as the new Latin Patriarchal Vicar for Cyprus 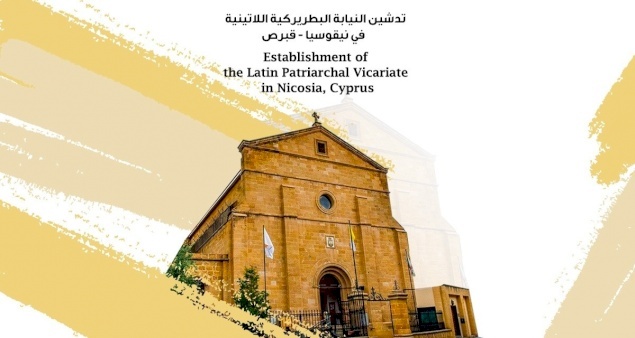 Mass for the inauguration of the new vicariate in Cyprus Available also in the following languages:

A brief overview of the history of the Church in Cyprus 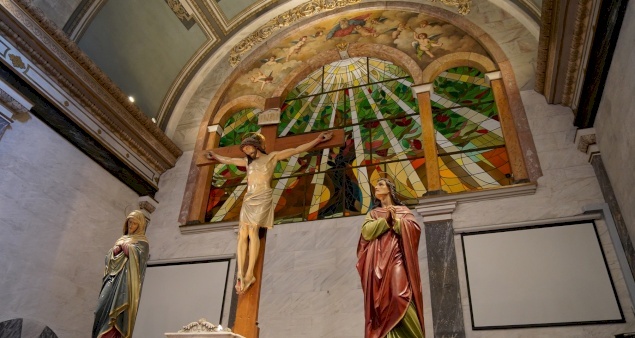 A brief overview of the history of the Church in Cyprus

On the occasion of the inauguration of the new Patriarchal Vicariate in Nicosia, we briefly look back at the history of the Church of Cyprus.

The presence of Latin Catholics in Cyprus has been continuous since 1192, almost a thousand years old. Besides, if the demographic weight and the legal status of this community have constantly evolved, according to the different occupying powers, and until the independence of the island and its official recognition as a religious group, its contribution to the economic, cultural and social development of the island is a constant. The Latins of Cyprus today form a respected community, recognized by the State, and whose belonging to the national community in a predominantly Greek society is illustrated, among other things, by the extent of the heritage, both tangible and intangible, which it bequeathed to the Cypriot people.

If the first contacts of the Latins with Cyprus date back to 1126 through traders from Venice and Genoa, the History of the Latin community of Cyprus begins in 1192, with the arrival on the island of a wave of Catholic migrants Romans from Europe, Cilicia and the Levant hosted by King Frank of Jerusalem. In 1196, a Latin Archbishop took office in Nicosia, the current Cypriot capital, accompanied by three bishops who settled in the cities of Famagusta, Limassol and Pafos. This led to the arrival of many Roman Catholic orders who settled on the island, throughout the Frankish and Venetian periods (1192-1489 and 1489-1570). During this interval, the Latins of Cyprus represent 15 to 20% of the population and exercised an important influence as a ruling nobility.

The Ottoman army’s conquest of the island (1570–1571) ended this golden age, and resulted in the formal dissolution of the Latin Church on the island. The clergy managed somehow to maintain a presence on the island, through, among other things, Franciscan monasteries. The role of the consulates in Larnaca which, from the 17th century onwards, provided support to many European migrant bankers, doctors, merchants of goods and merchants contributed to the development of a small Latin community in this city. Schools were set up by religious communities, such as the Terra Santa school established in 1646 by the Franciscans, and the Saint Joseph school founded by the Sisters of the same name in 1844.

The policy of religious tolerance, which characterized the British period from 1878, strengthened the Latin community whose schools were multiplying in the various cities of Cyprus, allowing the integration of the Latins into Cypriot society as a whole.

The independence of the island in 1960 marks an additional stage in the emancipation of the Roman Catholic community with, on the political level, its recognition by the State as a religious group and the acquisition of an elected Representative in the Cypriot Parliament.

Despite the 1974 Turkish invasion, which made many Catholic families refugees, the Latin Catholic community in Cyprus continued to grow, prosper and strengthen its contribution to the development of the island in all its aspects, particularly education. Latin schools have educated tens of thousands of children, and have always been seen as prestigious, as well as being known for welcoming pupils regardless of religion or ethnicity. Only two Latin establishments today operate in Cyprus: the Terra Santa College in Nicosia and the Sainte-Marie School in Limassol.

On the other hand, the Latins of Cyprus can take pride in having left an important architectural and linguistic heritage, particularly during the Frankish and Venetian periods, during which numerous monuments (forts, castles, cathedral abbeys, chapels) were constructed, and dozens of words – still used today – have entered the Cypriot dialect.

Since 1847, a Latin Patriarchal Vicar has been present in Cyprus, under the authority of the Latin Patriarchate of Jerusalem, which has four parishes on the island. The Patriarchate manages the Saint-Paul parish of Paphos, the other three being administered by the Franciscans. Residing in Nicosia, the Vicar is supported by eleven priests officiating in the capital, in Limassol, in Larnaka and in Paphos, cities which shelter a dozen churches and Latin chapels distributed in an equitable way between the four localities.

The Latin community is also very active on an associative level. Numerous social, humanitarian and charitable organizations (refuge for foreign workers, retirement homes) exist today on the island, and monthly and bi-monthly bulletins are published by the parishes and their representative in Parliament.