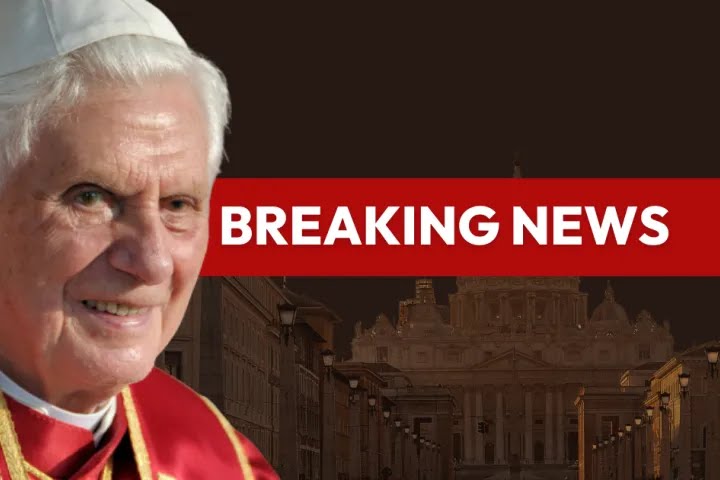 Pope Emeritus Benedict XVI, a leading theologian of the 20th century and the first pope to resign from office in nearly 600 years, has died at the age of 95, the Vatican announced.

The Vatican press office director, Matteo Bruni, said Dec. 31: “With sorrow I inform you that the Pope Emeritus, Benedict XVI, passed away today at 9:34 in the Mater Ecclesiae Monastery in the Vatican.”

Bruni told journalists in a news briefing Dec. 31 that Benedict received the sacrament of anointing of the sick on Dec. 28. 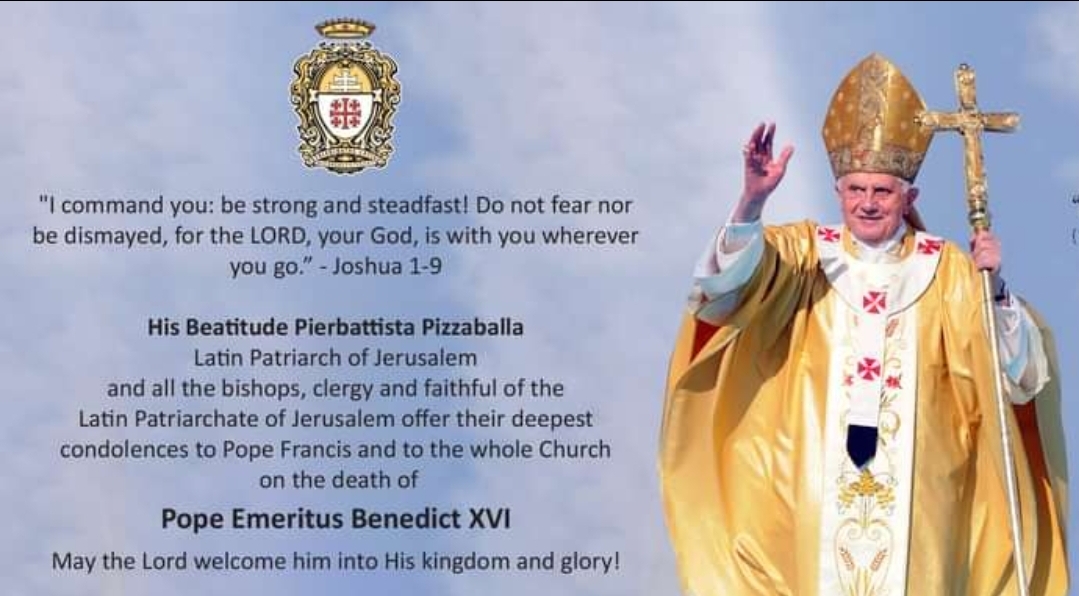 “In accordance with the wish of the pope emeritus, the funeral will be carried out under the sign of simplicity,” Bruni said.

You can watch EWTN’s live coverage of Benedict’s death from Rome HERE.

As of 2 p.m. in Rome, police have emptied St. Peter’s Square for security checks. At 5 p.m. Pope Francis will celebrate First Vespers for the vigil of the Solemnity of Mary, Mother of God, inside the Vatican basilica.

Born Joseph Aloisius Ratzinger, he was elected to the papacy in April 2005, taking the name Benedict XVI, after decades of service to the Catholic Church as a theologian, prefect for the Congregation for the Doctrine of the Faith, cardinal, and one of the closest collaborators of St. John Paul II, whom he succeeded as pope.

On Feb. 11, 2013, the 85-year-old Benedict shocked the world with a Latin-language announcement of his retirement, becoming the first pope in 600 years to do so. He cited his advanced age and his lack of strength as unsuitable to the exercise of his office.

Widely recognized as one of the Catholic Church’s top theologians, Benedict’s pontificate was marked by a profound understanding of the challenges to the Church in the face of growing ideological aggression, not least from an increasingly secular Western mindset, both within and outside the Church. He famously warned about the “dictatorship of relativism” in a homily just before the conclave in 2005 that elected him pope.

Born in a small village in Bavaria called Marktl am Inn on April 16, 1927, the future pope grew up in a region of Germany long known as a stronghold of Marian devotion and piety. He was the third and youngest child of Joseph and Maria Ratzinger.

His youth in the nearby Bavarian town of Traunstein was overshadowed by the rise of the Nazi party, a regime he called “sinister” and that “banished God and thus became impervious to anything true and good.”

After a brief forced conscription of two months into the German army at the end of the Second World War, Ratzinger and his older brother, Georg, resumed their studies for the priesthood, first in Freising and then in Munich.

Ordained a priest with his brother on June 29, 1951, Ratzinger finished his doctoral studies in theology and became a university teacher and vice president at the prestigious University of Regensburg in Bavaria. His reputation as an intellectual prompted an invitation to serve as an expert, or peritus, at the Second Vatican Council from Cardinal Joseph Frings, the archbishop of Cologne. He rapidly distinguished himself as an eminent theologian.

In 1977, Pope Paul VI named him archbishop of Munich and Freising and, later that same year, gave him the cardinal’s red hat.