It’s official: Pope Francis will travel to Cyprus and Greece in December 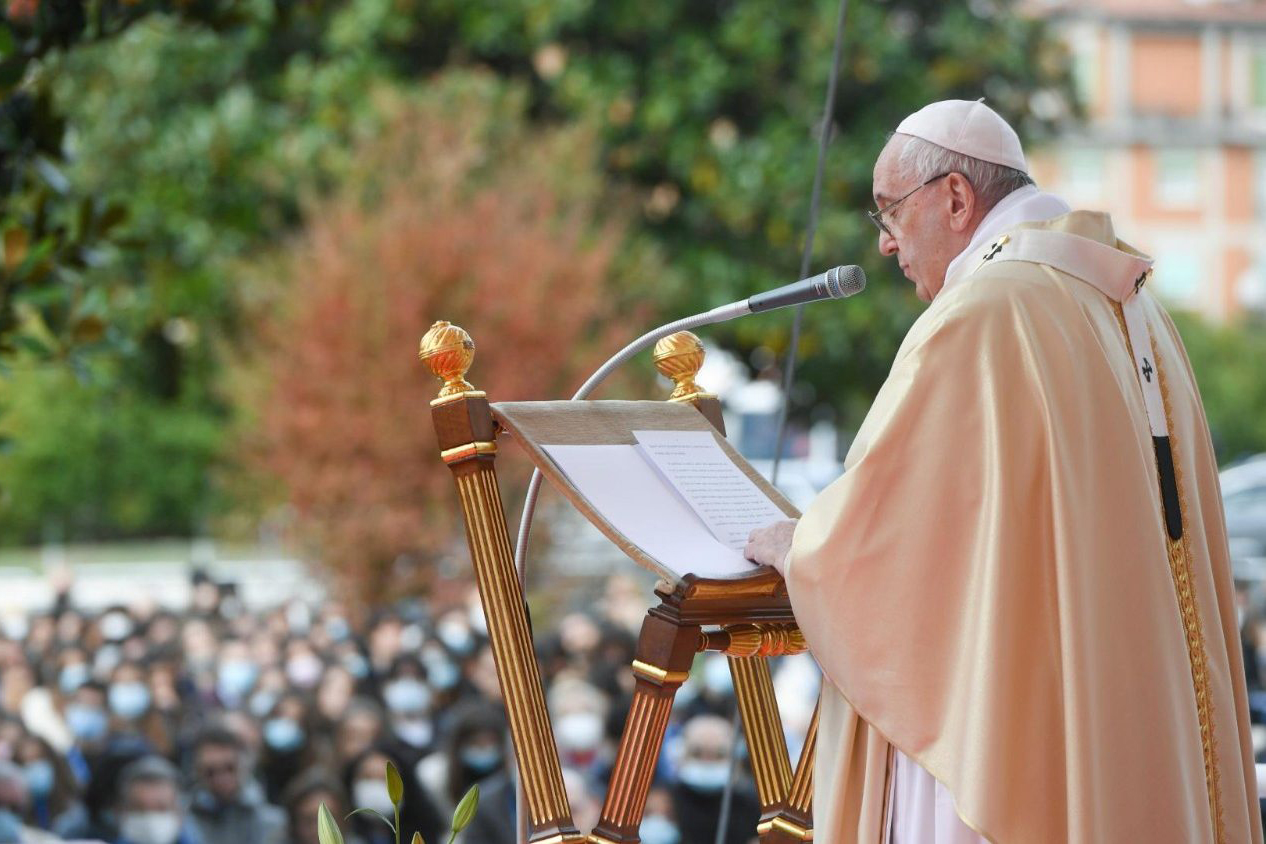 VATICAN— The Vatican officially announced on Friday that Pope Francis will travel to Cyprus and Greece on Dec. 2-6.

The four-day trip to the two Mediterranean countries will include stops in Nicosia, the capital of Cyprus, Athens, the Greek capital, and the Greek island of Lesbos.

The pope will visit Cyprus on Dec. 2-4 before flying to Athens on Dec. 4 and Lesbos on Dec. 5.

It will be Pope Francis’ second trip to Lesbos, also known as Lesvos, an island that is home to the infamous Moria refugee camp that was damaged in a fire last year.

The pope made a daylong visit in 2016 together with Ecumenical Patriarch Bartholomew I, spiritual leader of the world’s Eastern Orthodox Christians, to draw attention to the plight of migrants on the island.

The logo for the pope’s apostolic journey to Greece is “a ship traversing the troubled waters of our world, with the cross of Christ as its mast and its sails driven by the wind of the Holy Spirit,” a statement released by the Vatican on Nov. 5 said.

“As Greece feels the effects of the pandemic and the recent financial crisis, the motto expresses the hope that the Pope’s visit will bring a ray of light for the future of Greece, a country of deeply rooted faith and an illustrious past,” the Vatican statement said.

Pope Francis will be the second pope to visit Cyprus after Benedict XVI traveled to the Mediterranean island in 2010.

The official theme of the pope’s trip to Cyprus is “Comforting each other in faith”. It was inspired by the name of the Apostle Barnabas, which can mean son of consolation, according to the Vatican.

Both Cyprus and Greece have populations that are majority Greek Orthodox. Around 72% of people in Cyprus are Christians and 25% of the population is Muslim, according to the Pew Research Center.

The Mediterranean countries are also linked as St. Paul traveled to both places. The Acts of the Apostles records that St. Paul stopped in Cyprus and converted the Roman Proconsul Sergius Paulus to Christianity. The Apostle also famously preached on the streets of Athens.

Today, Cyprus has about 11,000 Catholics, according to its national statistical service, and Greece is home to about 50,000 Catholics (0.5% of the population).

Patriarch Pierbattista Pizzaballa welcomed the announcement of Pope Francis’ trip to Cyprus, which falls under his jurisdiction as the Latin Patriarch of Jerusalem.

The patriarch noted that Pope Francis is expected to meet Orthodox Archbishop Chrysostomos II, local Catholics, and a group of migrants and refugees while in Cyprus, in addition to offering Mass in a stadium on the island.

“We are grateful and honored by this visit, which aims to be both a pilgrimage and an opportunity for encounter,” Pizzaballa said on Nov. 5.

“It is a pilgrimage on the footsteps of the apostle Barnabas, the apostle of the nations, together with Paul, father of the Church of Cyprus. It is an opportunity for encounter with the reality of the Middle East which pours into the Mediterranean – and into Cyprus – the drama of families seeking refuge from war, poverty, power struggles and religious sectarianism.”

The apostolic journey will be the pope’s third trip since the start of the COVID-19 pandemic. His previous trips were to Iraq in March and Hungary and Slovakia in September.

The 84-year-old pope, who underwent colon surgery in July, has expressed his desire to travel to Canada, Congo, Hungary, Papua New Guinea, and East Timor in the coming year.